History of the Club

Hull mutuals were set up in many areas of Britain in the 19th Century as collections or “Clubs” of ship owners usually situated in the same locality, who required cover for their hull risks. Their popularity began to decline due to competition from Lloyd's, but since Lloyd's and other insurance markets were not willing to underwrite third party liability risks due to excessive volatility, the concept was used to establish Protection Clubs which covered owners for those third-party liability risks which they could not buy cover for through Lloyd's underwriters. 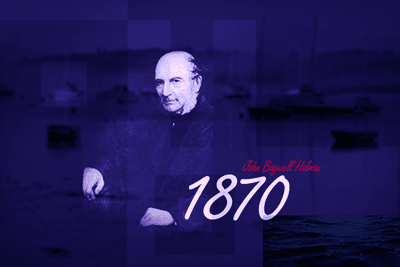 The first such Club was set up in 1855, but the mid-19th century saw a revolution in shipping with sailing ships gradually being superseded by steam and with that came changes in size, value and technological complexity of both the ships and the cargoes they carried. In 1870 this development led to a mariner-turned-owner and ship builder by the name of John Bagwell Holman establishing The West of England Steamship Owners Protection & Indemnity Association Ltd, a mutual dedicated to insuring steam-powered ships for third party liability risks. This was the precursor to today’s West of England Ship Owners’ Mutual Insurance Association (Luxembourg).

In 1873 John Holman & Sons, the then managers of the Club, moved their offices from Devon to Lime Street in the City of London, in order to improve their links with the shipping and insurance markets. The manager's London office is now situated at One Creechurch Place, also in the city. John Holman & Sons was replaced by a management company 100% owned by the Association in 1956.

While the West of England’s name harks back to the area of England in which the ship owners who established it were based, it began to diversify at the beginning of the 20th century with an increasing number of Greek Members. Further diversification developed after World War II with a reduction in the amount of British ship owners and an increasing variety of foreign-flagged vessels, first in Europe and then, increasingly, in North America, Eastern Asia and the Pacific Rim.

In 1969, the Club started to establish branches abroad, first setting up a claims handling office in Piraeus headed by Peter Holman under the name “PPD Holman”. In 1978 the office changed its status to become West of England (Hellas). Having celebrated its 50th anniversary in 2019 it continues to operate as one of the Club’s regional claims handling hubs for Members, not only in Greece but other eastern Mediterranean countries and parts of the Middle East.

A growing presence in Asian markets in China and Vietnam saw the establishment of a Hong Kong office in 1982. It was the first office in Hong Kong and remains the largest in the territory amongst all the International Group Clubs. It now provides underwriting, claims and Loss Prevention services to many of our Asian Members, which collectively now represent around 40% of the Club’s gross premium income.

Additional regional service hubs were established in Singapore in 2017 and New York in 2018. This further reflects the Club’s strategy of delivering outstanding service to its Members locally.

The Club has been domiciled in Luxembourg since 1969 and both the Club and its Managers are authorised by the Commissariat aux Assurances in Luxembourg.