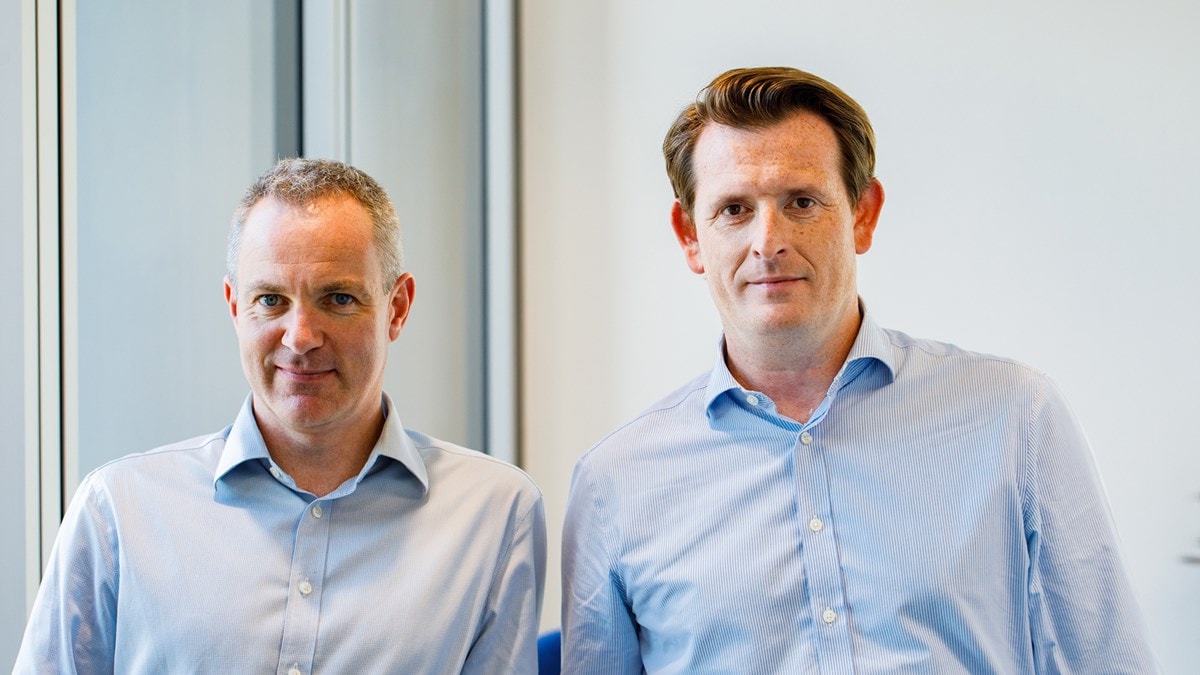 We are pleased to announce that the Club has returned an underwriting surplus for the first time in five years in its 20 August financial results, with a combined ratio of 97.9% at the mid-year point. 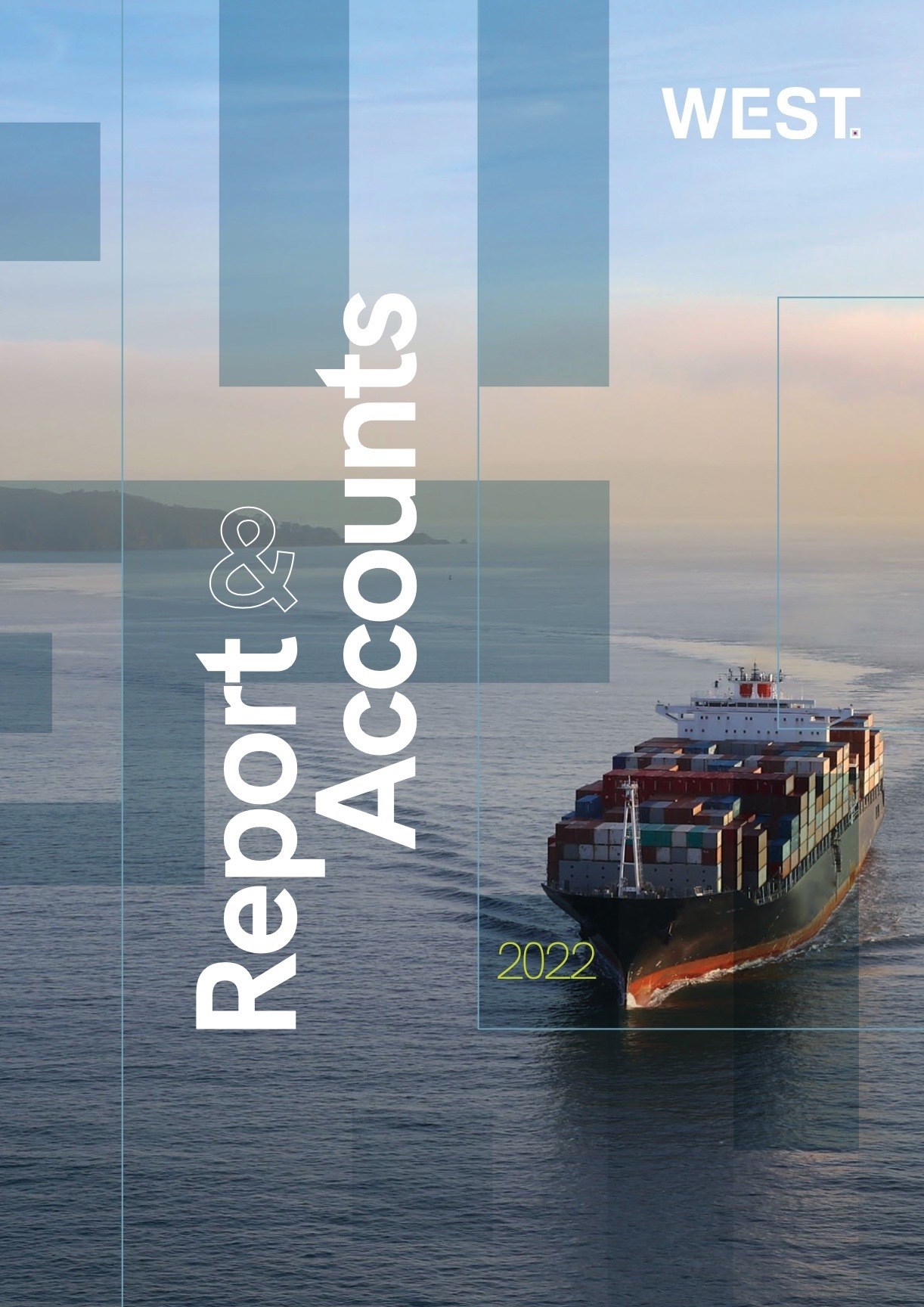 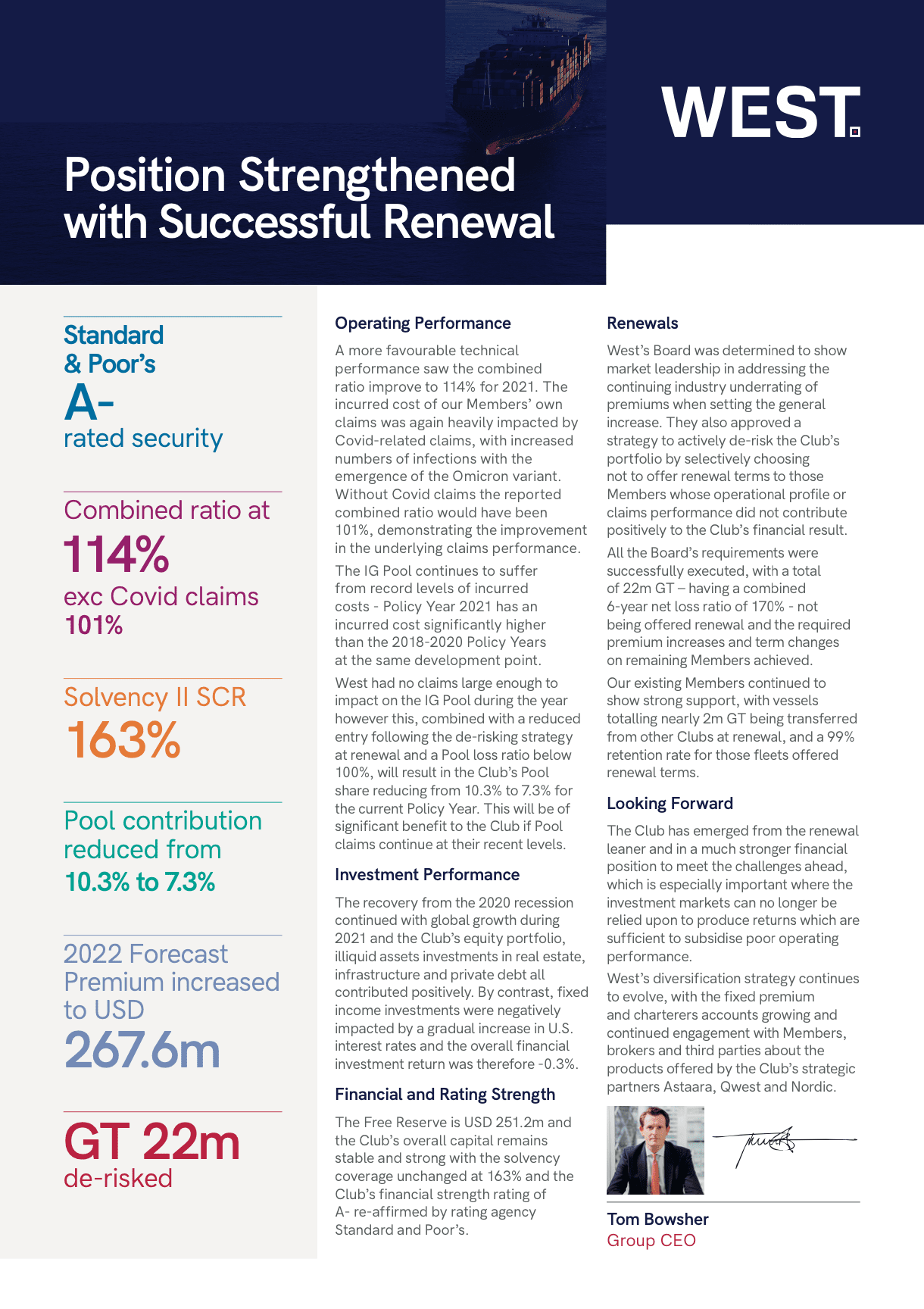 The Report and Accounts for the year ending 20 February 2022 for The West of England Ship Owners Mutual Insurance Association (Luxembourg) were approved, on 11 May 2022, by the Board who are pleased to report that, despite another year of challenging operating conditions, the Club’s technical performance materially improved and the capital position remains strong.

Here we have highlighted all of the key results and performance factors including;

West of England maintains a financial strength rating with Standard & Poor’s (S&P). S&P is the world's leading index provider and source of independent credit ratings and provides ratings for all of the members of the International Group of P&I Clubs.

West of England is rated: long-term Financial Strength Rating of BBB+ with a stable outlook and strong levels of capitalisation.

More details can be found on the Standard & Poors website www.standardandpoors.com.

S&P Global Ratings have announced a decision to adjust its ratings of the West from A- (negative outlook) to BBB+ (stable outlook). S&P have long stated their concerns about the industry as a whole and this decision means that four Clubs have had their ratings adjusted downwards in recent months and a further six remain on negative outlook.

The rating decision on West was driven by the impact that the reported investment loss of 2.9% has had on the Club’s capital under S&P’s capital model. While the Club’s Board maintains its objective of holding capital in excess of ‘AAA’ on the S&P model, it accepts that it is unlikely to achieve this during 2023 and this has triggered the rating action. The S&P capital model is just one measure of capital and while the Club’s position on this has reduced in the year to date, the Solvency II coverage has increased to around 165% and is forecast to strengthen further between now and year end.

While accepting of the rationale for S&P’s rating decision, the frustration for West is that it has been taken despite the improvements made to the underwriting book at the last two renewals, something S&P have commented positively upon, and which is reflected in the mid-year combined ratio of 97.9% (https://www.westpandi.com/about-us/financial/)

S&P have also recently commented favourably on the Club’s much improved brand and reputation in the market and this, together with on-going support from our Members, continued improvement in operating performance and a higher expected future yield from the Club’s investment portfolio, means the Board is confident its capital will return to in excess of ‘AAA’ in the medium term.

The position regarding call and release call percentages is shown below.

It is a requirement for International Group Clubs to consider all the factors set out in Clause 8 of the International Group Agreement in setting the release call percentages and a further requirement that the history of release call rates for P&I is published. The relevant figures for West of England, on the basis of calling for Policy Years up to and including Policy Year 2022 are as follows: