What if...? Pinch points and disputes that may arise.

As an owner, my vessel is on long term charter. The bunker price clause in the charter party does not refer to compliant fuel although the vessel will be redelivered to owners after the implementation of the MARPOL Annex VI. Am I entitled to pay charterers for the compliant fuel on board on redelivery at the 3.5% sulphur IFO/HFO charter party price?

If you and charterers cannot agree the value of compliant bunkers on redelivery, it is unlikely that, under English law, a court or arbitration tribunal will find that owners are entitled simply to apply the (lower) charter party price for 3.5% sulphur IFO/HFO. It is more likely that a court or arbitration tribunal will look to find an implied agreement between the parties regarding the price/value to be applied or, alternatively, regarding the mechanism by which the price of the compliant fuel is to be determined between the parties. Such mechanism could, for example, be based on how the price of 3.5% sulphur IFO/HFO is to be valued in the charter party.

As a time charterer I have heard that there may not be compliant fuel availability at my second intended loadport. Can I oblige owners, on delivery of the vessel or at the first loadport, to stem eg 1,000 mt compliant bunkers, even if this is more than the quantity of compliant bunkers required for the first voyage?

What if owners refuse because the vessel only has empty bunker tank capacity for 500mt and owners are concerned that the compliant bunkers already on board will not be compatible - can I insist that owners to load all 1,000 mt of compliant fuel? If so, is this a good idea?

And what if owners refuse to load all 1,000 mt of compliant fuel on delivery of the vessel or at the first loadport and I therefore need to purchase more expensive MGO at the second loadport - are owners entitled to oblige me to pay for this MGO?

Owners’ responsibility for the safety and seaworthiness of the vessel is paramount. Therefore, and assuming that additional bunkers (even if only MGO) will be available at the first loadport, charterers cannot oblige owners to load more bunkers than are necessary for the immediate voyage if this will risk the safety of the vessel or her crew.

However, owners’ refusal to comply with charterers’ orders to load 1,000 mt of compliant fuel on delivery must be reasonable and must be based on the safety of the vessel and her machinery; if owners’ concern is unfounded and/or due to the crew not having proper training/competence in how to manage compliant bunkers on board and/or due to poor maintenance of the vessel’s machinery, then owners’ refusal is likely to be wrongful and potentially in breach of the charter party. In that event, charterers may be able to claim successfully against owners for the additional cost of bunkers supplied, for example, the additional cost of any MGO supplied by charterers.  In such a scenario, the burden of proof will be on charterers to prove that owners are in breach of the charter, ie charterers will need to prove that owners’ concerns were unreasonable or unfounded and/or that the crew was not properly trained etc. This will usually require expert evidence and a detailed review of the ship’s engine logs and crew training records etc.; documents which owners will not usually provide unless as part of disclosure within arbitration (or court) proceedings.

One option is for the charter party to state the number and capacity of bunker tanks the ship has and, prior to delivery of the vessel to charterers, for owners to send charterers an estimate of available bunker tank capacity. It is suggested that the vessel’s chief engineers draw up a bunker management plan that is given to charterers during the charter party, detailing the quantity of bunkers on board in which bunker tanks and which bunkers from which tanks are intended to be used in the period.

At the end of the day, the best solution to such a scenario is to ensure that a clearly worded clause using simple terms and expressions as possible is negotiated and inserted into the charter party so that the parties are clear of their respective obligations in the scenario described above.

There will be compliant fuel available at the next port but it will be more expensive than compliant fuel elsewhere. As a charterer, can I require owners to sail to a port or place outside the normal route in order to stem such compliant bunkers? If so, what are the risks?

As a time charterer you are usually entitled to order the vessel to sail to any safe port/place for loading and discharging which is within the charter party range and which is consistent with any bill of lading issued. Therefore, if there is cargo on board, sailing to a port or place that is outside the normal route to the discharge port in order to stem bunkers is likely to be a deviation under the contract of carriage unless the bill of lading expressly provides that this is permitted. If vessel does sail outside her normal route for the voyage in order to obtain compliant bunkers and the cargo is damaged, lost or delayed, the carrier under the bill of lading may well lose defences to such a cargo claim that would otherwise have been available, eg under the Hague or Hague Visby Rules (see The Sur [2018], following Hain Steamship (1936)).

In addition, there will also be no Club cover for any such cargo claim although it may be that additional cover can be purchased from the Club. More details here.

Even if the bill of lading expressly permits the vessel to sail outside the normal route so as to take advantage of a lower bunker price so that this is not a breach of the contract of carriage under English law (assuming that the bill of lading is subject to English law), it may be that the jurisdiction of the port where the cargo is due to be delivered does not recognise such a permission and the vessel is arrested and a cargo claim is lodged in any event.

Note that IMO’s GISIS (Global Integrated Shipping Information System) is a publicly available database which seeks to list compliant fuel availability around the world, which ports have scrubber waste disposal facilities and where fuel suppliers have failed to supply compliant fuel. Owners are encouraged to consult this database and provide feedback.

As a time charterer, compliant bunkers are available at the intended bunkering port/place but there is a shortage of available compliant bunkers and delays in obtaining the stem. If there are no specific clauses in my charter party for such a situation, who pays for the time lost?

Whether charterers can, in this scenario, alternatively, oblige owners to stem non compliant bunkers and issue a FONAR is doubtful. Ideally, the charter party will cater for this situation – see Q1 iv).

As an owner/operator, my vessel has (closed loop) scrubbers installed. However, the waste tanks for the scrubbers are full. Can I require charterers to call at a port/place where the scrubber waste can be discharged? Will this be at owners’ or charterers’ expense?

The BIMCO 2020 Marine Fuel Sulphur Content Clause for Time Charter Parties and the BIMCO 2020 Fuel Transition Clause for Time Charter Parties do not include terms relating to ships fitted with a scrubber (and see above). It is therefore recommended that, for vessels with a scrubber fitted on board, the charter party includes specific provisions to address issues concerning the operational requirements and maintenance obligations relating to the use of the vessel’s scrubber. For example, whilst the ship’s scrubber equipment is likely to be treated as part of the ship for the purposes of owners’ obligation to maintain the ship and her machinery and equipment, it is advisable to make specific provision, for example, for disposing of scrubber waste and re-filling the absorber agent.

If the charter party does not include terms relating to how the waste produced by  the vessel’s scrubber should be disposed of and at whose cost and time, it is likely that, as part of the vessel’s equipment, owners will be responsible for arranging and paying for the scrubber waste to be disposed of. However, it may also be argued by owners that the need to dispose of the scrubber waste is a natural consequence of complying with charterers’ voyage orders and that, if charterers do not provide the ship with reasonable  opportunity to dispose of the scrubber waste, there has been no failure to maintain the ship’s equipment nor breach of the charter party by owners and that charterers are liable to pay for the additional cost of stemming 0.50% compliant fuel (alternatively, MGO). In this scenario, it is also likely that the vessel will remain on hire since she will still be complying with charterers’ orders, namely to stem and burn 0.50% compliant fuel.  View our Offhire in a nutshell guide in the section below for more details.

Note that clause 8 of the Intertanko Scrubber Clause for Time Charterparties provides that charterers are to supply the chemicals needed for the operation of the vessel’s scrubber and that charterers are responsible for removal of scrubber waste in compliance with applicable regulations. 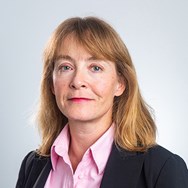