Monkey’s Fists on Heaving Lines - Use of Inappropriate Weighting Material

In the past it was not uncommon for seafarers to weight monkey’s fists fitted to the end of heaving lines with pieces of scrap metal or sand, or to attach a heavy item such as a shackle, so that the line would travel a greater distance when thrown. This practice is no longer acceptable.

This practice is no longer acceptable as it increases the risk of serious injury if a linesman, shore worker or a crewmember aboard a tug or mooring boat is struck by such an object during mooring operations, or if the weighted end hits a member of the vessel’s mooring party when the heaving line is thrown back.

The United Kingdom Maritime and Coastguard Agency (MCA) publication “Code of Safe Working Practices for Merchant Seamen”, Section 25.3.2, states that “Vessel’s heaving lines should be constructed with a “monkey’s fist” at one end. To prevent personal injury, the “fist” should be made only with rope and should not contain added weighting material”.

If a weighted heaving line is used, the monkey’s fist or additional weight risks being cut off by the linesmen or the tug crew before the heaving line is returned to the vessel. Moreover, some ports prohibit the use of additional heavy material and vessels may be fined for breaching local regulations if a weighted end is used.

Therefore, when making a monkey’s fist, it should be borne in mind that no extra weight should be added. In view of a recent incident involving an entered vessel it is also recommended that monkey’s fists in service be checked to ensure they contain no additional weights. A monkey’s fist found to contain such material should be removed and replaced. Under no circumstances should other weights, such as shackles or other heavy objects, be tied to the end of heaving lines. 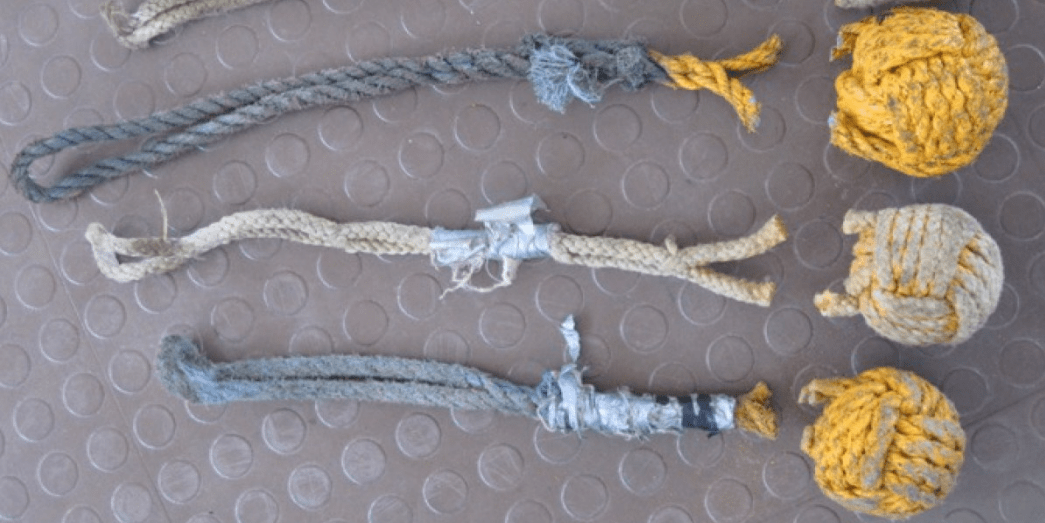 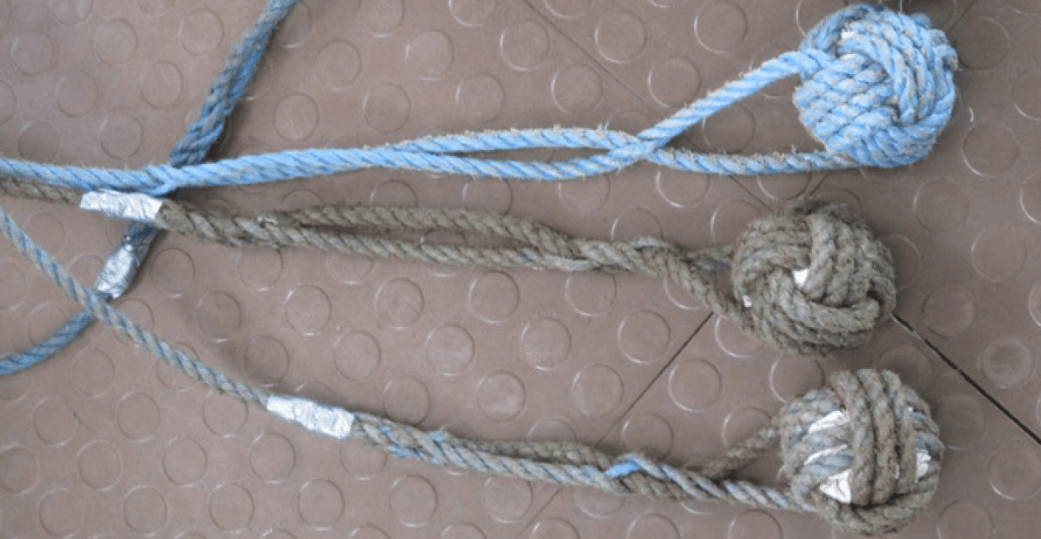 Acceptable monkey’s fists made from rope and rags

Prior to throwing a heaving line, the vessel’s mooring party should alert the linesmen, mooring boat and/or tug crew and anyone else in the vicinity that a line is about to be thrown. The operation should only proceed if the area where the heaving line will land is clear of personnel.