The Club has had a number of queries recently in respect of a proposed cargo of “Rapeseed Meal & Castorseed Extraction De-oiled Cake” to be loaded in bulk at Kandla port in India. Shippers state that the cargo is non-hazardous and has been safely carried on many occasions. They purport that it may be loaded under the provisions of the IMSBC Code schedule for SEED CAKE (non-hazardous) with certification of oil and moisture content analysis provided. This is disingenuous since the IMSBC Code schedule for SEED CAKE (non-hazardous) clearly sets out the allowable cargoes, which do not include any form of processed castor bean.

The correct schedule for this cargo under the IMSBC Code is in fact “CASTOR BEANS or CASTOR MEAL or CASTOR POMACE or CASTOR FLAKE UN 2969” and this clearly sets out that Castor meal (or cake as is the name of the product being proposed for shipment in these cases), castor pomace and castor flakes shall not be carried in bulk. As such it is only whole beans that may be carried in bulk, the carriage of meal, pomace or flakes would need to be in packaged form under the provisions of the IMDG Code schedule for UN2969. 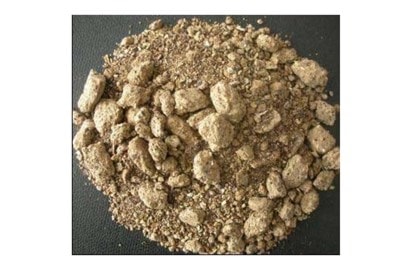 Castor meal, is the residue remaining after the oil has been extracted from castor seed (commonly referred to as bean) and is predominantly used as an organic fertiliser. India is reported to be one of the largest producers of castor beans in the world.

The castor bean contains a powerful allergen and additionally contains ricin which is highly toxic. Ricin can be fatal if ingested and hence the product is unsuited to be used as animal fodder, unlike most other seed cakes cargoes. The CB1A allergen contained in the dust from crushed castor bean products can, by inhalation or skin exposure, give rise to severe irritation of the skin, eyes, and mucous membranes in some people.

Members are thus advised to reject any form of processed castor seed(bean) cargo offered in bulk. Carrying such a cargo would be a breach of the IMSBC Code, compliance with which is mandated under SOLAS, and would therefore prejudice Club cover, notwithstanding the potential risk to the crew from the toxic nature of this cargo.