As far back as Roman times, lead sheathing was being used to protect ship hulls from biofouling. The practice was then revived in the 17th century, but copper sheathing was subsequently found to be more effective.

All manner of other substances, such as bitumen, mercury and arsenic have been used as hull antifouling coatings over subsequent centuries. Today the underwater hull of a vessel is protected by coatings comprised of individual compounds to prevent corrosion and fouling integrated into a multi-coat system.

What are antifouling coatings?

Antifouling coatings are technical paint systems that are applied to a ship’s underwater / wetted area of the hull to deter the settlement of fouling species.

If the coating system is not properly selected or specified, regularly inspected and cleaned, it can have a profound effect on a ship’s performance, lower the manoeuvrability and reduce fuel efficiency by as much as 35%, leading to higher fuel bills and higher emissions.

The antifouling coating system can also limit the impact from the invasive aquatic species being transported into sensitive marine environments when ships move between ports, currently a major concern of the IMO.

The 2008 International Maritime Organization (IMO) ban on tributyltin (TBT and TBTO) that was developed in the 1970’s increased the focus on the need for environmentally safe coatings that could meet the industry requirements for up to 5 years inter-docking interval (and occasionally more). Tin-free Self-Polishing Copolymers (SPC), Control Depletion Polymers (CDP) and Foul Release coating (FRC) technologies are the current dominant technologies in use, but the technology being used has undergone a continuous change since the TBT ban. These modern alternatives contain fewer toxic biocides that are Hazardous to the Marine Environment (HME). However, as a result of the presence of less effective biocides (or in a number of cases, none) in the coating system chemistry, the rate of fouling on ships’ hulls is in general higher than with the later generations of their TBT predecessors.

The European Union (EU) currently has the most stringent requirements when it comes to the application of biocidal coatings via the EU Biocidal Products Regulation (BPR). Signatories to the International Convention on the Control of Harmful Anti-fouling Systems in Ships (AFS) Convention have also recently agreed to banning the use of the biocide cybutryne (Irgarol) from 2021. 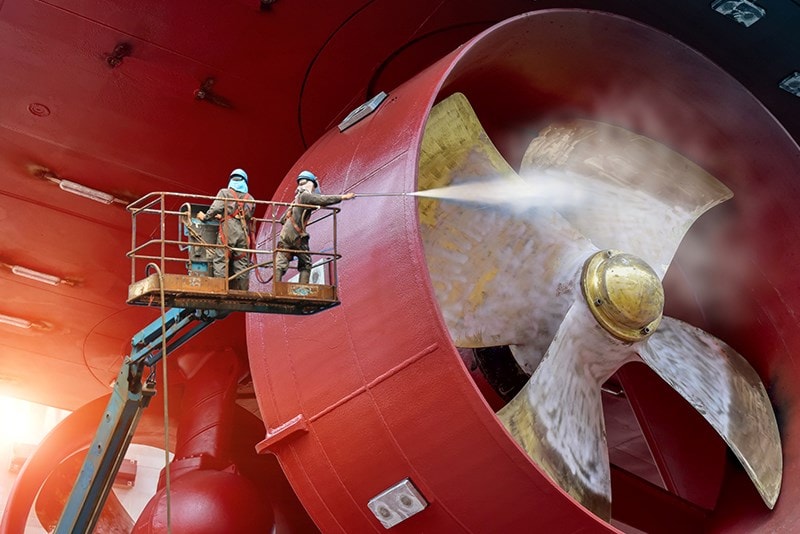 This has led industry to develop new innovative solutions to prevent invasive species from adhering to ships’ hulls, some of which are as follows:

New antifouling product development is by its nature an ongoing process using experimental design to minimise the number of experiments carried out, in combination with an extensive field and vessel trials programme. Timescales will inevitably be long, possibly up to 5-10 years.

Carl Barnes from Safinah Group says “to convince shipowners and operators, new antifouling coatings must be proven in a range different environmental conditions over a significant period of time (typically more than 3 years) on multiple test patches and full vessel applications. The cost of an antifouling failure to a ship owner is significant and they are very reluctant to use unproven technology”.

Barnes continues: “Shipowners and operators will however continue to be under ever increasing pressure to control costs and to comply with emissions to air and sea. To meet these targets, they must rely on antifouling coatings that are compliant with national and international regulations. Therefore, collaboration between shipowners / operators, regulators, coating suppliers and other industry bodies will be critical in helping bring new antifouling products to the market in a timely and efficient manner”.

Marine fouling is the accumulation of micro- and macro-organisms on immersed surfaces which lead to economic, environmental or safety-related negative effects. Marine fouling generates surface roughness which increases the drag resistance of a ship moving through water and consequently increases fuel consumption and emission of greenhouse gases. Heavy calcareous fouling may results in powering penalties of more than 85%. Moreover even slime films can lead to significant increases in resistance and powering (approximately 20%).

However successful an antifouling coating might be, with the current levels of activity there will always be an accumulation of marine growth on a ship’s hull when in service. Biofouling or biological fouling (micro or macro) is the accumulation of microorganisms, plants, algae, or small animals on the wetted surfaces of a ship’s hull. There are over 5000 marine species that have been identified as biofouling organisms, all of which are of a sessile form (i.e. an organism such as a barnacle) that are fixed in one place and immobile.

Maintaining a clean hull during a ship’s service cuts out the need for costly cleaning operations and/or premature drydocking. 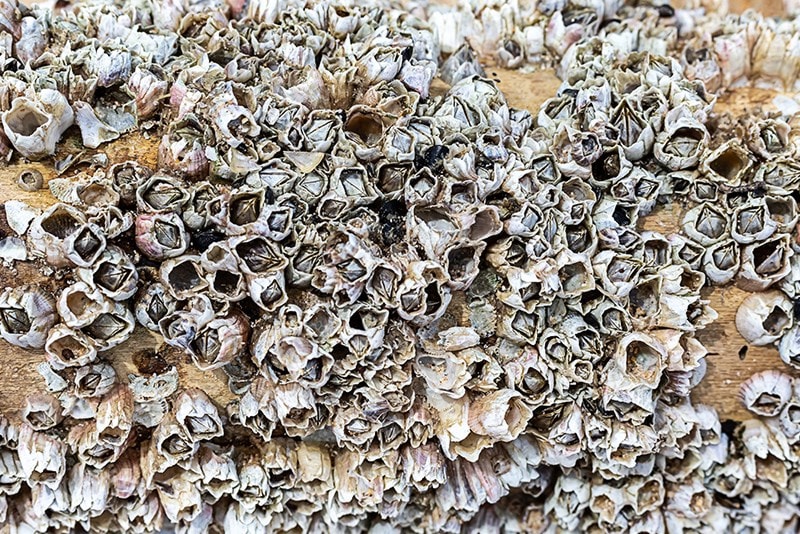 The IMO’s Guidelines for the control and management of ships' biofouling to minimize the transfer of invasive aquatic species (Biofouling Guidelines) (resolution MEPC.207(62)) are intended to provide a globally consistent approach to the management of biofouling, which is the accumulation of various aquatic organisms on ships’ hulls. There are systems being developed (www.portshield.co.uk) that set out to assist ship owners to comply with these emerging requirements with particular emphasis on hull-borne invasive aquatic species.

What else can be done?

BIMCO in partnership with several shipping organisations and specialist hull cleaning companies, has moved a step closer to finalising a global set of guidelines needed to protect the marine environment from invasive species and reduce CO2 emissions.

There is currently no common global standard for cleaning ships’ hulls to avoid transferring invasive aquatic species from port to port or for the potentially damaging debris washed off in the ships’ hulls during the cleaning process.

The standard would ensure that the result of the cleaning complies with a set of specifications, controls the environmental impact of the process and coating damage as well as promoting a safe and effective cleaning processes.

Aron Sørensen, BIMCO’s Head of Marine Environment says: “The new in-water cleaning standard puts great emphasis on capturing what is removed from the ship, thereby ensuring that the marine environment is not negatively affected. We believe that a global standard will create much needed transparency along with economic and environmental benefits for shipowners, ports, port authorities and in-water cleaning companies,”

There are additional benefits to a global standard: 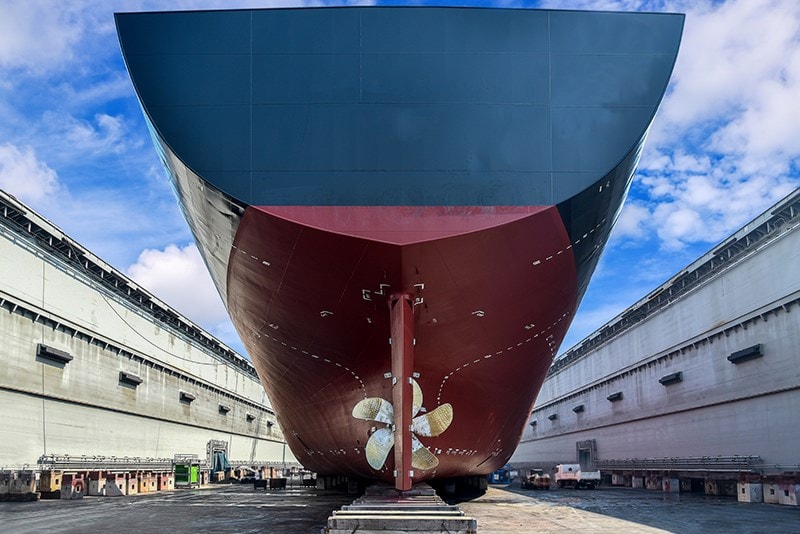 The standard is currently being trialled by a number of specialist hull cleaning companies to confirm the practicalities of global implementation. However, the approval standard is still under development and ultimately, BIMCO would need to ask the IMO for its adoption, which might take two to three years.

An approval standard will also address minimum requirements on approving and certifying in-water cleaners based on testing verified by accredited laboratories and certificates issued by internationally recognized classification societies. A certificate based on an approval standard will show that the equipment and the procedures used by in-water cleaning companies meets the highest industry standards.

Are there any restricted areas?

Anti-fouling and in-water cleaning in the territorial waters of Australia and New Zealand is not permitted whilst in port. However, both administrations have issued detailed guidelines to assist ship owners and operations.

Additionally, one of the following measures must be applied before arriving in the territorial waters of New Zealand:

MPI requires information from vessels to be sent 48 hours before entry to New Zealand and the following information must be held on the vessel: 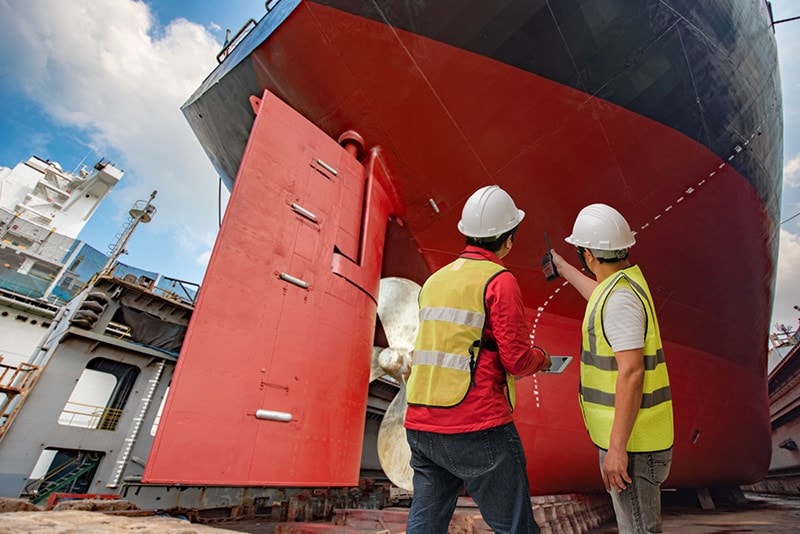 New Zealand has also announced introduction of a new biofouling survey that will involve compulsory hull checks. The aim is to build a profile of vessels that are most likely to be contaminated with foreign marine species.

According to Biosecurity New Zealand, part of the country's Ministry for Primary Industries, the ships randomly selected to take part in the survey will have to undergo a dive inspection and answer questions about biofouling. Beginning in August 2020, the project is to take up to two years and involve up to 40 vessels.

BIMCO research, other facts and figures

Carl Barnes and Alan Guy of Tyneside-based independent marine coating consultants, Safinah Group recently published a paper in the Royal Institute of Naval Architects publication. In the paper they discuss the development of copper-free antifouling coatings and the challenges faced in bringing new products to the market.

Safinah Group also have analysed underwater hull fouling condition on a sample of 249 ships which drydocked over a four-year period between 2015-2019. The sample included all major ship types covering a range of trading activity.

It was found that nearly every vessel surveyed had some degree of underwater hull hard fouling. On 44% of vessels surveyed, over 10% of the underwater hull surface was covered with hard fouling. Anything more than 10% coverage is deemed to cause an ‘unacceptable’ impact on vessel performance by experts.

The Club would like to thank Carl Barnes of Safinah Group for their collaboration in this article.