Increase of piracy and armed robbery in the Gulf of Guinea

Further to our previous article of 28 May 2020, a joint industry warning was issued on 21 October 2020 and the IMB Annual Report for 2020 showed incidents continued to rise in the Gulf of Guinea. Multiple crew kidnappings are a prominent feature in this region, the IMB reports crew kidnappings featured in 25% of known vessel attacks in the Gulf of Guinea during 2020.

This trend has continued into 2021 with the death of one crew member during one recent incident. Members have also reported recent incidents to the Club, even where these were unsuccessful the aftermath on the crew can be striking and can result in psychological issues as well as distress when personal effects are stolen.

Best Management Practice West Africa (BMP WA) provides guidance to assist companies and seafarers to mitigate the risk from piracy and armed robbery in the Gulf of Guinea. In support of BMP WA, OCIMF have produced a set of GOG Bridge Cards intended as a quick reference during time of tension. Nevertheless BMP WA acknowledges that other forms of mitigation may be needed due to the evolving threat and changes in attack methods.

Given the escalation in number and severity of attacks Members may wish to consider using a maritime security provider to carry out an onboard security audit and ensure vessels comply with BMP WA recommendations as a minimum. They may also recommend possible additional measures that might be taken to further harden the vessel above and beyond BMP. 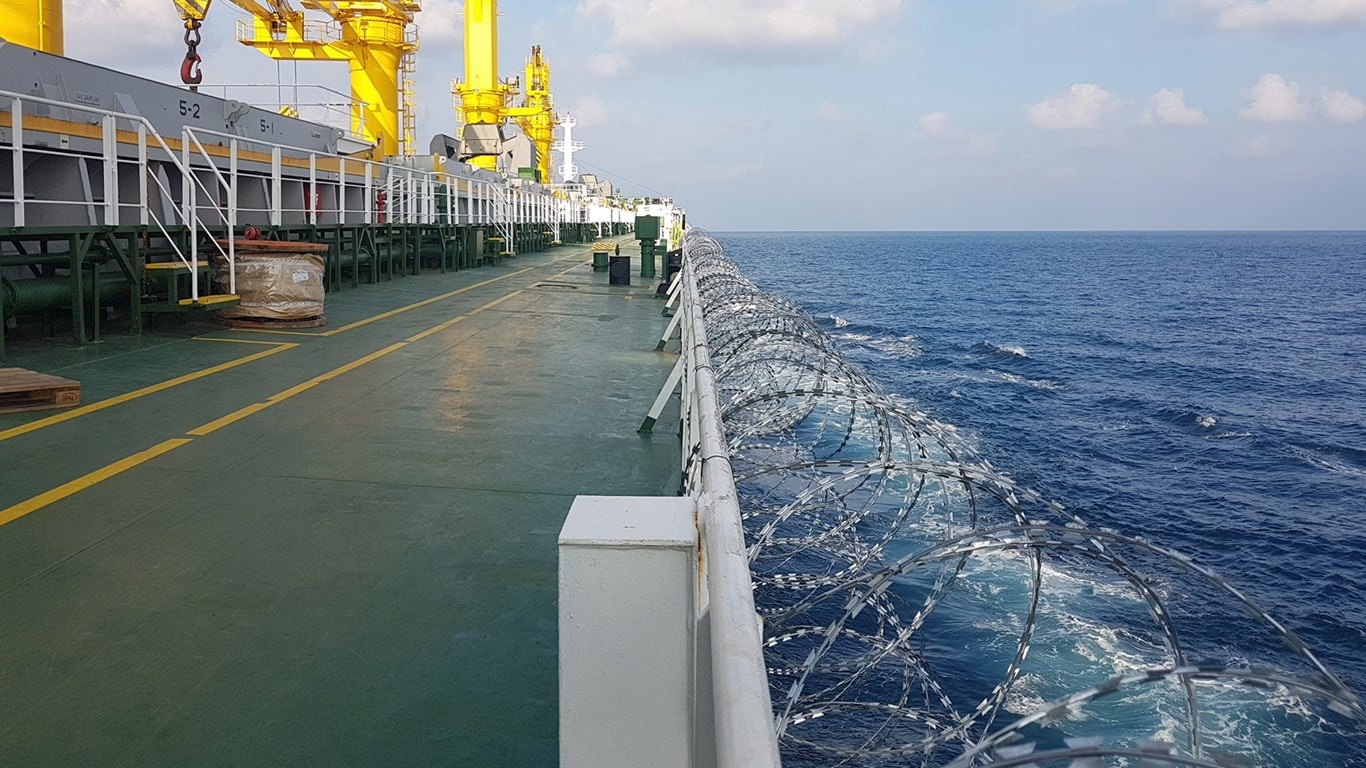 Additionally, they may additionally consider having an advisor from the security provider board to transit with the vessel. This expert will be unarmed but can provide onboard security training to the crew, assist the Master in the event of an attack and will have access to up to date security intelligence.