The 2020 edition of the International Maritime Solid Bulk Cargoes Code (IMSBC Code) has an entry for CHROMITE ORE which has a given description of “Concentrates or lumpy, dark grey in colour”. 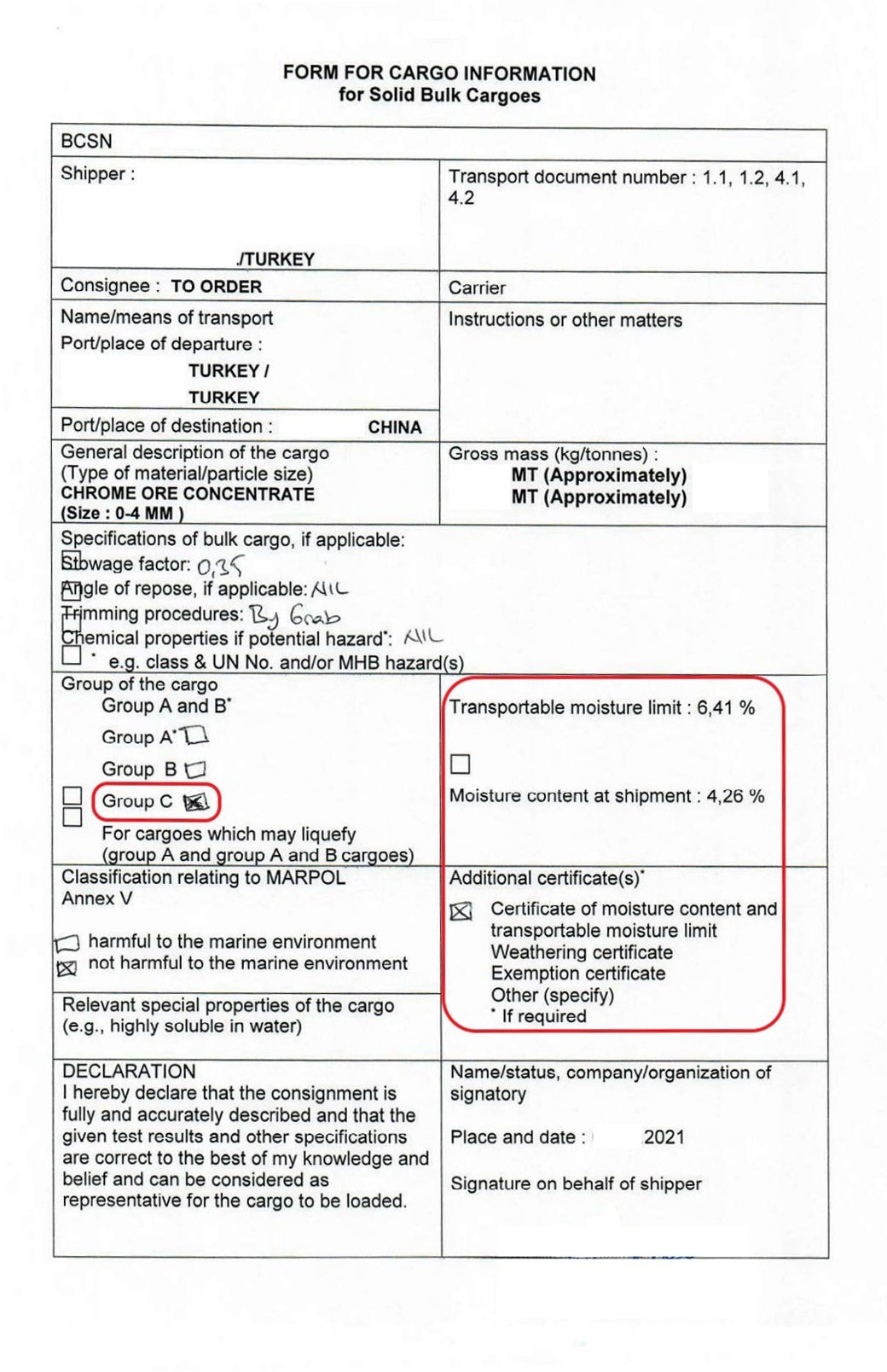 It is listed as a Group C cargo only, which would mean that the cargo does not liquefy. However, a Member’s vessel loading cargo described as “chrome ore concentrate” in Turkey recently has shown that this cargo may liquefy. The Master raised concerns as, although the Cargo Declaration gave the cargo as Group C, it also showed TML / moisture content percentages and can testing by the Chief Officer showed moisture.

When independently tested by AH Knight, the material was found to exhibit flow properties. We are also aware of at least two historical incidents where chrome ore liquefied on passage. Thankfully the vessels both made it to port with no loss of life, although these incidents incurred significant general average expenses.

The IMSBC Code part 1.7 has the following definition: Concentrates means materials obtained from a natural ore by a process of enrichment or beneficiation by physical or chemical separation and removal of unwanted constituents. However, cargoes with “Concentrate” in the given Bulk Cargo Shipping Names (BCSN) listed within the IMSBC Code are generally set as Group A.

In the recent case referred to above, the Master was further alerted to possible issues with the cargo by the fact that despite being declared as Group C, the cargo declaration supplied by shippers also gave percentage figures for transportable moisture limit (TML) and moisture content. However, in other cases the cargo has been declared as Group C only.

Many shipments of chrome concentrate have a sand like appearance with high percentages of particle sizes below 1mm. The IMSBC Code Appendix 3 sets out:

2.1 Many fine-particled cargoes, if possessing a sufficiently high moisture content, are liable to flow. Thus any damp or wet cargo containing a proportion of fine particles should be tested for flow characteristics prior to loading.

Therefore, CHROME ORE CONCENTRATE should be considered as Group A and consequentially shippers will need to declare moisture content and TML of the cargo, with sampling and testing made as required by the IMSBC Code.

Even if the average moisture content is less than the TML there is a possibility that chrome concentrate may form a ‘wet base’ due to moisture migration on the voyage. 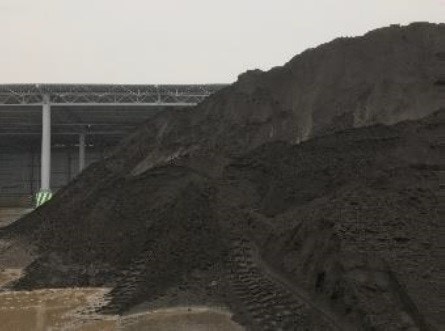 The cargo of chrome ore concentrate presented for shipment in Turkey recently. Note stockpile is uncovered and recently wetted by heavy rain.

Given the above, the Club recommends as follows: