Carriage of Charcoal and Carbon in Containers

The Club has noted a number of recent container fire incidents related to containers which were declared as miscellaneous items but actually contained charcoal/carbon. This is a commodity liable to spontaneous combustion.

These containers were below deck, and when fires broke out, there was considerable damage caused to the vessel and other cargo by the fire and the water used to extinguish the fire. The vessels’ CO2 system assisted in putting the fires out. Fire experts have also advised that they are aware of numerous other fires in containers of charcoal tablets in recent months. 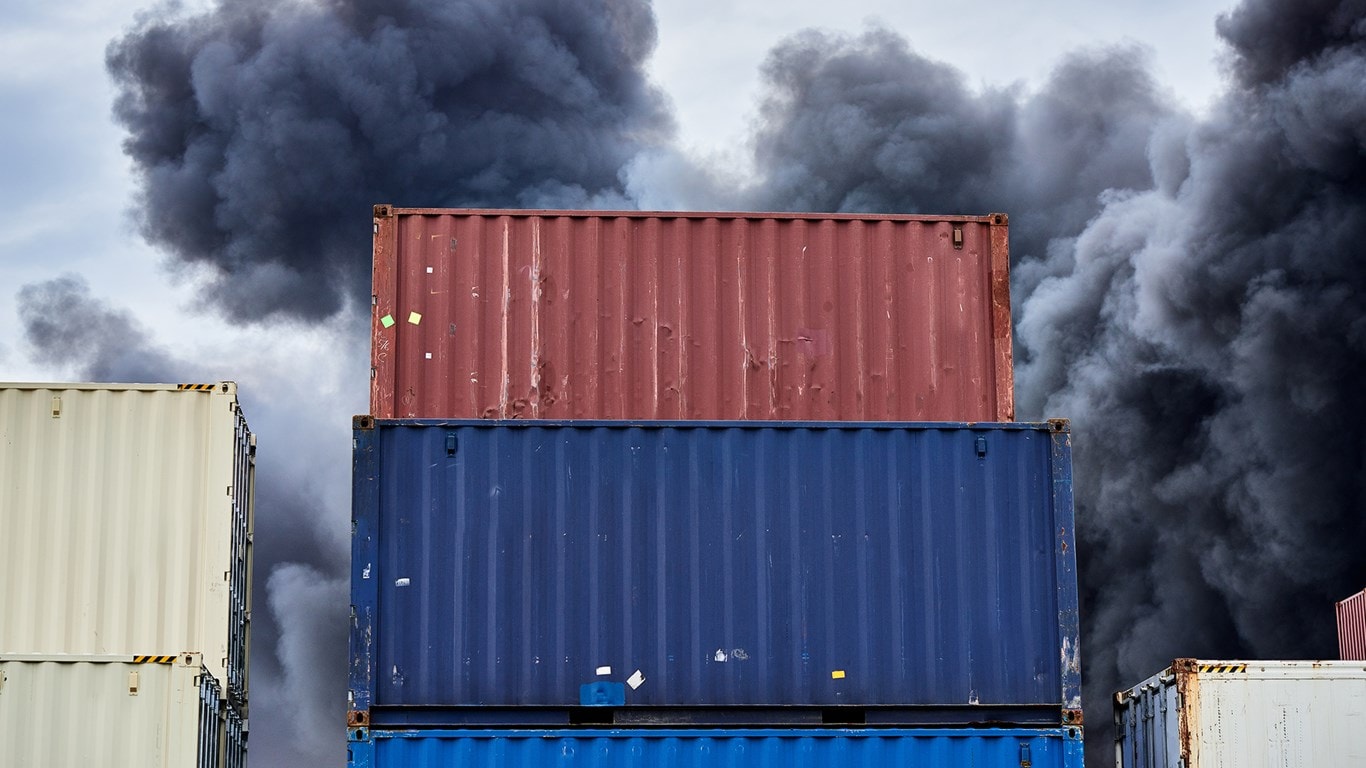 The fires have been caused by containers said to contain “tablets for water pipe” and “hookah accessories”, which are not listed within the IMDG Code, but are actually a form of charcoal/carbon, which is listed in the International Maritime Dangerous Goods (IMDG) Code as hazardous cargo.

Charcoal is also used in tablet form for water-pipes used for smoking, including Nargila, Shisha or Hookah pipes. This type of charcoal may be manufactured with some flammable solid inside, resulting in lower ignition temperature.

If charcoal/carbon is declared as non-hazardous, then a certificate must be provided by the shipper advising that correct sampling has been performed and it has passed a self-heating test from a laboratory approved by the Competent Authority. In the cases the Club has experienced, the cargo has no declaration other than tablets for water pipe, and/or hookah accessories. There is no indication on the bills of lading and the cargo manifest that the cargo is charcoal/carbon or whether is a hazardous cargo. This may constitute a misdeclaration and attract liability to the shippers and/or charterers of the vessel when liner bills of lading are issued.

Members should refer to Guidelines for the Carriage of Charcoal and Carbon in Containers which was published in 2017 jointly by CINS (the Cargo Incident Notification System) and the International Group of P&I Clubs. In addition to “tablets for water pipe” and “hookah accessories” charcoal/carbon has also previously been known to have been declared as:

Charcoal/carbon is a black residue, consisting of carbon and any remaining ash obtained by removing water and other volatile constituents from animal and vegetation substances. It is a self-heating substance – that is to say, a product which, in contact with air and without an energy supply, is liable to self-heating. Such a self-heating reaction may result in extensive heat development and fire.

With global production of wood charcoal and carbon amounting to over 50 million tonnes per year, the practices set out in these guidelines are intended to improve safety during the shipment of these products, and to ensure that they are properly declared, packaged and carried.

The transport of charcoal and carbon must be in compliance with the requirements set out in the latest edition of the IMDG Code. The guidelines include selected provisions from the IMDG Code, together with additional precautions to enhance safe carriage.