We take a closer look at West of England (Hellas) Limited, West’s regional claims service centre for Greece, Cyprus and the UAE.

West’s Greek office, West of England (Hellas) Ltd, has a distinguished lineage which stretches back over more than half a century. It was initially established in late 1969 under the name of P.P.D Holman & Co Ltd, a family-based concern helmed by the husband-and-wife team of Peter and Anne Holman.

Several key events shaped the development of the office over time. Working closely with the law firm Deucalion Rediadis & Sons, which operated out of the same office as P.P.D Holman & Co Ltd until the early 1980s, Peter and Anne grew the business until Peter’s death in 1977. Thereafter, Anne continued to run the office with the aid
of John Merrylees, who came on board in May 1978. John’s arrival cued an expansion into the provision of claims handling services, and he subsequently took over the reins upon Anne’s retirement in 1980.

Two years later, in 1982, the office name was changed to West of England (Hellas) Ltd. By this time, staffing levels had increased to accommodate six claims handlers and assistants, reflecting the rising number of claims which were being generated in the burgeoning Greek maritime market. After John sadly passed away in 2006, Anna Kountouriotou took over the running of the business. In January 2011, Anna was succeeded in turn by Ian Clarke, who moved from the Club’s London office to assume the role of Head of Claims & Regional Director (Hellas).

Ian still fulfils these duties today, heading up a staff of 15 which collectively handles claims for approximately a quarter of the Club’s membership. The office is now fully established as West’s regional claims service centre for Greece, Cyprus and the UAE, cementing a relationship with the Greek shipping community which can trace its foundations into the distant past. The Los family, to cite just one example, has been with the Club for more than 100 years.

Having celebrated its 50th anniversary in 2019, West of England (Hellas) Ltd is proud to have worked with some of Greece’s leading shipping companies, dealing with ships of all types. The office has handled many high-profile cases where substantial claims were involved, including the Express Samina case, where a RoPax ferry sank after hitting a reef outside Paros island’s main port, resulting in the loss of 81 lives, and the Norman Atlantic case, in which a car ferry caught fire in the Adriatic Sea and, again, many lives were lost. The office has also settled landmark legal disputes such as the Aquafaith and Griffon cases.

An additional source of pride is the office’s charity work. It supports Symplefsi, set up by doctors and nurses to deliver medical and educational supplies and services to remote Greek islands and encourages a staff member’s role with Charity Idols, which auctions sports memorabilia to raise money for humanitarian causes throughout Greece.

From top: Thanos and Lucie at the Hill Dickinson charity rowing competition: we won for the second year running 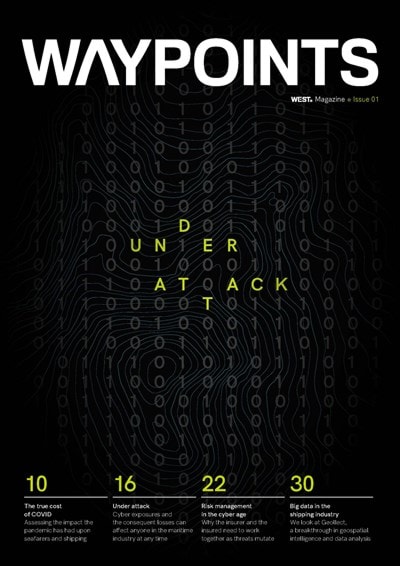