Piracy in the Amazon: Fixing the River Rat problem

West’s Fixed Premium book has expanded to become one of the largest insurers of tugs and barges in South America, proving invaluable to shipowners dealing with the distinctive risks faced by smaller vessels.

The typically smaller size of vessels using Fixed Premium P&I Cover does not mean that the risks their owners face are slighter or simpler. One particularly prominent and growing issue is river piracy in the Amazon – which is having a detrimental impact on barges that operate on inland waterways as well as their crews.

Barges are usually laden with valuable cargoes which can be easy to load or unload. In areas where vast inland waterways are insufficiently policed, these kinds of vessels can be an easy target for pirates. These conditions are particularly common in the Amazon areas, where locals call these criminals ‘river rats’.

In these kinds of attacks, a small group of pirates will commonly board a pushtug that’s leading a barge convoy at night. Under the cover of darkness and using the element of surprise, they will enter the vessel and overpower the crew. These pirates are often armed, and pose a serious danger to seafarers and their vessels.

Once the pirates have control of the barge convoy, any cargo that is capable of being transferred will then be offloaded to their boats. This includes the product from any fuel carrying tank barges, which pirates will often access by drilling a hole on the barge´s hull and transferring the cargo with a hose.

The simplicity of a ‘river rat’ attack means that there isn’t a significant barrier to entry for enterprising criminals. As they only require a small group of attackers – typically only three or four people – organisation is rarely a significant challenge, and there’s no shortage of available boats capable of transferring the stolen property to land.

As a consequence organised crime rings in the region see these kinds of attacks as a low risk, high reward enterprise. Indeed many otherwise normal workers have chosen to become ‘river rats’ – either through these crime gangs or independently – as economic conditions have deteriorated in the region.

We have seen the number of incidents recently rise, both in general and in specific port locations. Alberto Pinheiro Carvalho, Diretor de Relações Institucionais at Brazil P&I, recently highlighted to me that cases have notably increased in the anchorage number 2 of Macapa Port. This means that the risk to cargoes has increased, but also to crews and vessels – as violent exchanges or other actions associated with piracy can cause crew injury or trauma, or cause significant structural or technical damage to a barge or tug.

The risks from these attacks can also become compliance issues. My team recently dealt with an incident where raiders attacked an empty vessel in port, stealing the barge’s whole safe and the crucial compliance documents inside. Documenting this loss with authorities and repopulating the documents created a complex and time-consuming challenge that compounded all the other losses suffered.

Armed security guards are becoming an increasingly popular deterrent on some barges, especially those travelling at night or with a vulnerable cargo. As many ‘river rats’ are lightly armed, and many more opportunistic groups are looking specifically for easy targets, this can be very effective. However, some thieves carry heavier weaponry – especially those connected to organised crime – which may be more than guards are able to cope with.

To further cut risk, crew training awareness must be adapted to highlight the need of constant surveillance of the surroundings of the vessels, including radar surveillance to prevent approaching of small boats. Infrared cameras should also be used on barges during night navigation and whilst overnight in port areas to allow crews and guards to see ‘river rats’ before they have boarded a vessel, meaning that they no longer have the element of surprise.

Easy-to-handle material storage compartments should also be transported in compartments located at the bow of the vessel, away from the bridge, and physical barriers should be used to make it more secure. This means that food, paint cans, cables, or other valuable cargoes are more difficult for thieves to access and transport.

Any piracy incidents, including attempted raids, must also be reported to local authorities as soon as possible.

What you can do to make sure you are protected

Perhaps the most important tool that shipowners have is the loss prevention expertise within their P&I insurer. Up to date, circumstance-specific guidance can help a shipowner to understand the practical risks they face from a route, and what practical avenues are available to cut those risks. This can include installing new security systems, but it can also include tailoring vessel plans to avoid high risk situations.

At West, our loss prevention department has more than 150 years’ combined experience as senior deck and engineering officers on almost all vessel types, as well as in ship management roles. As West’s Fixed Premium book has expanded and the Club has become one of the largest insurers of tugs and barges in South America, this extra level of service has been invaluable to shipowners dealing with the distinctive risks faced by smaller vessels.

Unfortunately, barges and inland waterways are currently seen as soft targets by criminals. Where shipowners can and should be taking steps today to make river piracy more difficult for criminals, these are unlikely to bring the risk down to zero. In this environment, shipowners need more than ever to be able to rely on detailed guidance and a high level of service from your P&I insurer. 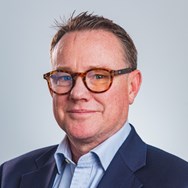 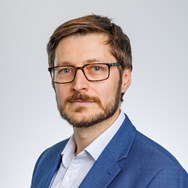 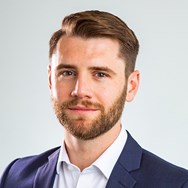