It is sometimes required in the dry cargo trades for fixed lashing points to be temporarily fitted for securing of cargo and then removed at the end of the voyage. From cases we have reviewed, toolbox talks had been conducted and hot work permits issued, yet the Club has still experienced a number of high value claims arising from these operations.

In some recent cases, hot slag/sparks have dropped into cargo holds and set fire to packaging or tarpaulins covering the cargo below. In addition to the direct fire damage, further damage to cargo has occurred due to water damage from subsequent firefighting operations.

In another instance, where there was a mixed stow in one hold, bulk cargo in an adjacent hold decomposed due to heat transfer where temporary lashing points were being fitted to a transverse bulkhead for securing of general cargo.

In some cases, no fire watch had been arranged due to a lack of awareness that heat/sparks/slag can propagate through steel plating separating the point of work and cargo hold. In others, although a fire watch had been placed, it was not positioned correctly and/or there was too much reliance on fire retardant tape/blankets which were either poorly placed with no coverage at some points due to gaps or proved inadequate to deal with the high temperatures involved. 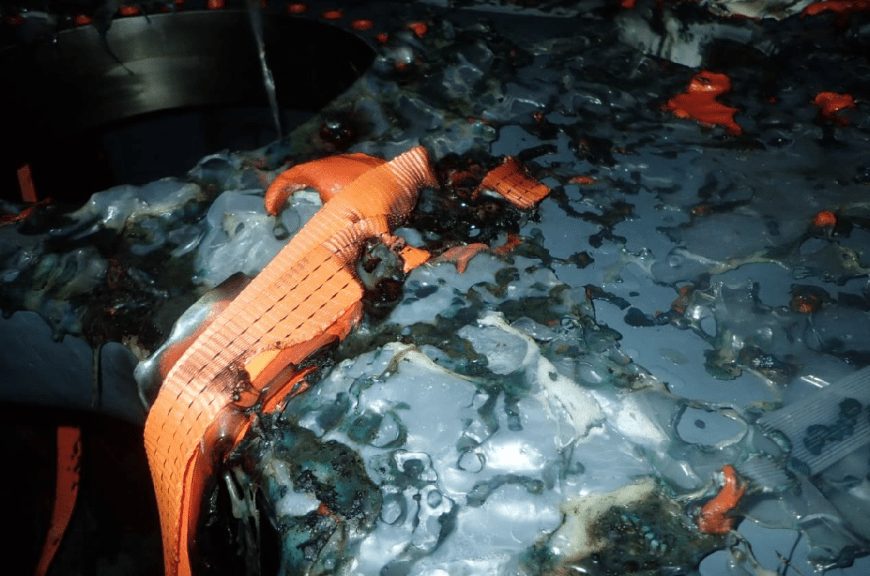 Images from IMCS Group of Surveyors 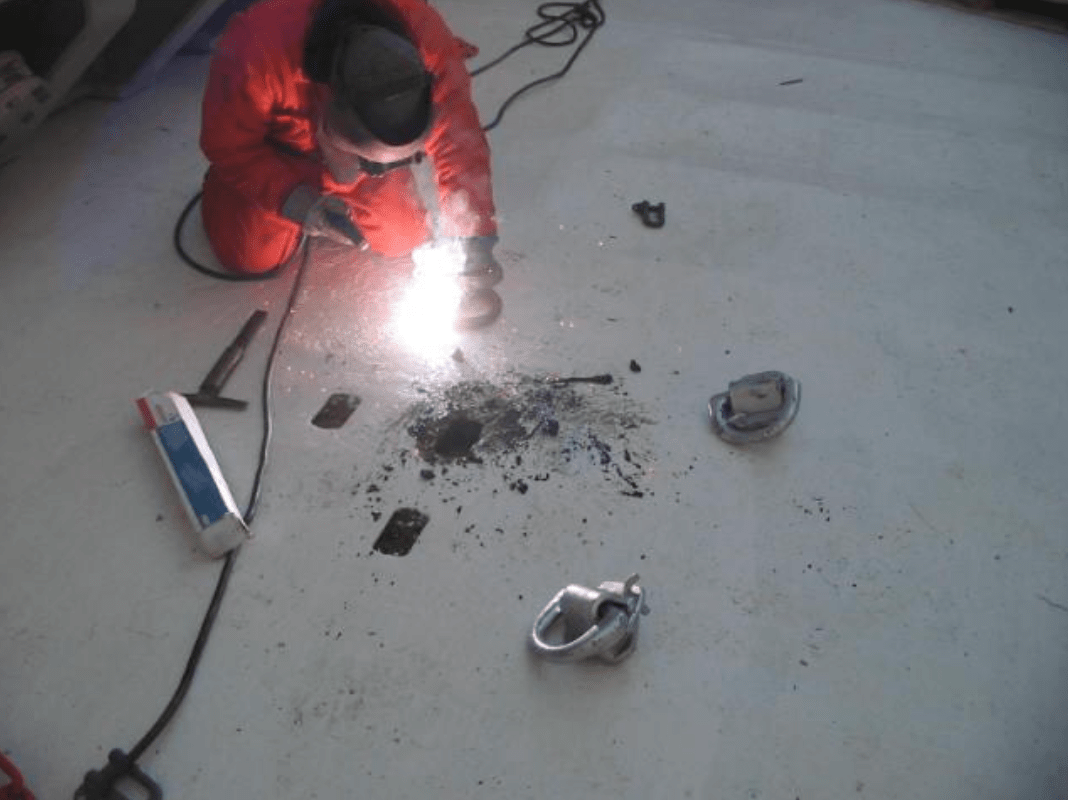 It is recommended that: