In celebration of Posidonia 2012 the West of England held its traditional lunchtime reception at the Yacht Club of Greece on 5th June.

Posidonia is a bi-annual shipping exhibition in Athens and sees almost 17,000 visitors from around the world, reflecting the importance of Greece as a focal point of the global shipping industry.

Peter Spendlove said “We have had Greek members entered since the beginning of the 20th century. We have had a long history together and we recognise their importance as a global ship owning presence during Posidonia week." 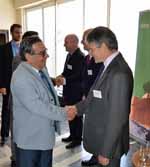 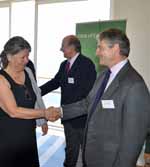