ECSA presses for ratification of the Hong Kong Convention

One of the many consultations of the European Commission on environmental topics concerns the Waste Shipment Regulation. In consultation with the chair of the Special Areas of Conservation (SACs) and Gudrun Janssens, Head of Environmental & Technical Affairs of Koninklijke Belgische Redersvereniging vzw (KBRV), the ESCA secretariat has produced a short document responding to the consultation. The response once again stresses the importance of the entry into force of the Hong Kong Convention (HKC) as the best way to guarantee sustainable ship recycling globally.

The shipment of waste can involve materials hazardous not only to the marine environment but also harmful to human health. The EU therefore has regulations in place on waste shipments on ship recycling, Regulation (EU) No 1257/2013, which amended Regulation (EC) No 1013/2006.

As announced in the European Green Deal, the Commission intends to review these rules in order to ensure that EU policy on waste shipments promotes recycling in the EU to support the transition to the circular economy. The review will also explore ways to reduce the export of waste, for example through:

It will be recalled that the Hong Kong Convention was described by the IMO as follows:

“The Hong Kong Convention was adopted at a Diplomatic Conference held in Hong Kong, China, in May 2009 and was developed with input from IMO Member States and non-governmental organizations, and in co-operation with the International Labour Organization and the Parties to the Basel Convention on the Control of Transboundary Movements of Hazardous Wastes and their Disposal.

It intends to address all the issues around ship recycling, including the fact that ships sold for scrapping may contain environmentally hazardous substances such as asbestos, heavy metals, hydrocarbons, ozone depleting substances and others. It will address concerns about working and environmental conditions in many of the world's ship recycling facilities.”

Ships to be sent for recycling will be required to carry an inventory of hazardous materials, which will be specific to each ship.

An appendix to the Convention provides a list of hazardous materials, the installation or use of which is prohibited or restricted in shipyards, ship repair yards, and ships of parties to the convention. Ships will be required to have an initial survey to verify the inventory of hazardous materials, renewal surveys during the life of the ship and a final survey prior to recycling.

During the opening address at the International Seminar on Ship Recycling in December 2019, Kitack Lim, Secretary-General of the IMO, urged Member States to ratify the Convention as swiftly as possible.

The Convention will enter into force 24 months after three separate criteria have been met. It must be ratified by 15 States but these States must represent 40% of world merchant shipping by gross tonnage and a combined maximum annual ship recycling volume (during the preceding 10 years) of not less than 3% of their combined gross tonnage. 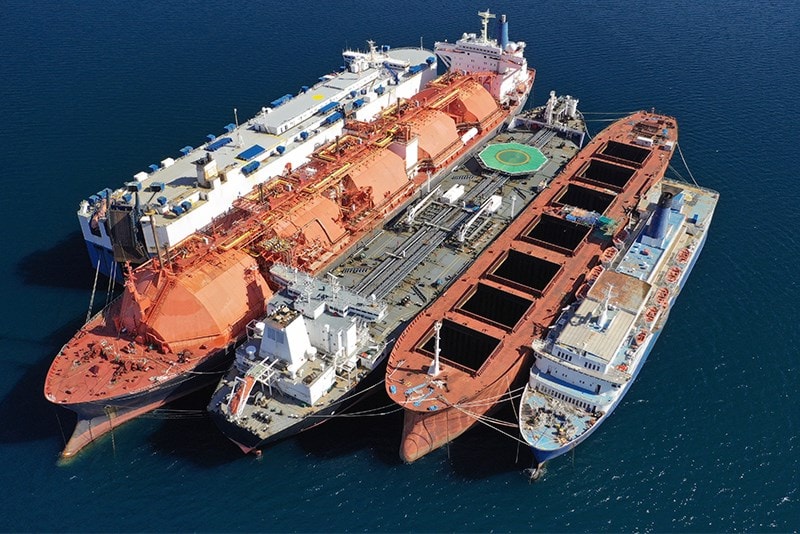 A copy of the Hong Kong Convention (HKC) can be read here Convention On The Safe Recycling of Ships.

Knut Ørbeck-Nilssen, CEO of DNV-GL Maritime says: “Ship recycling is an area where we can see significant pressure building in our industry, both from regulators, wider stakeholder groups and the public,” “This means that ensuring compliance is essential for shipowners looking to protect their reputations and businesses, while building trust that their vessels are recycled in a safe and sustainable manner.”