This Notice informs Members of the approval by the International Group of P&I Clubs (the Group) of the TradeGo eBL system.

Members may recall, as reported in Notice to Members No.13 2022/2023, that, until February 2010, the Rules of all of the Group Clubs specifically excluded liabilities in respect of the carriage of cargo under all electronic, i.e. paperless trading, systems to the extent that the liabilities under such systems would not have arisen under a paper system i.e. one using transferable paper documentation.

Since 20 February 2010 liabilities arising in respect of the carriage of cargo under such paperless trading systems were covered, provided that the system had first been approved by the Group. Since then the Group has approved electronic i.e. paperless systems administered by EssDOCS, Bolero International Ltd (more specifically the Rulebook/Operating procedures September 1999), E-TITLE, edoxOnline, WAVE, CargoX, TradeLens (TradeLens eBL), IQAX Limited, Secro and now TradeGo eBL has been added to the list of IG approved system providers.

TradeGo eBL is a blockchain-based system which enables real-time, encrypted and authenticated transfers of electronic bills of lading and other trade documents. Users can securely issue, sign, endorse, transfer, amend and present documents entirely on the system. While the system mirrors the traditional process of transferring documents, it enables the instantaneous transfer of electronic documents. TradeGo eBL is owned by TradeGo PTE. LTD., a Singapore company.

The legal documentation and terms of use associated with the use and operation of TradeGo eBL is in the TradeGo User Agreement Version 1 (2022.12.15). This documentation has been reviewed and approved by the Group.

Other exclusions of cover under Group Club Rules relating to the carriage of cargo will of course continue to apply in respect of all the approved providers in the same way as for paper systems. These exclusions include discharge at a port or place other than the port or place provided for in the contract of carriage, the issue / creation of an ante or post-dated electronic document / record, and the delivery of cargo without the production of the negotiable electronic document / record, which in the case of an approved electronic trading system will mean delivery of cargo other than in accordance with the rules of that trading system.

It would be helpful to the Group, in monitoring the use and development of these systems, if Members who are using them would advise the Club of any benefits or difficulties which they encounter, legal or practical, in the operation of the system or systems.

All Clubs in the Group have issued a similar circular. 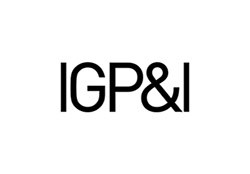