Simon Parrott
Underwriting Director
With effect from 1st July, Mark Mathews has been promoted to Deputy Head of Underwriting (London).

Mark will report directly to Simon Parrott in his capacity of Underwriting Director and will assist in managing the London Underwriting Team.
Mark will continue to service the majority of accounts and regions he is involved with as a Senior Underwriter, although the Club's Greek book will now be serviced by Graeme Daines and Paul Keighley with management support being provided by Mark in his new role.

Those Members who are directly affected by this change will be contacted by the Club shortly with further information about these changes. 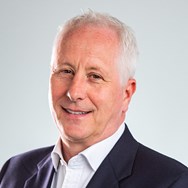